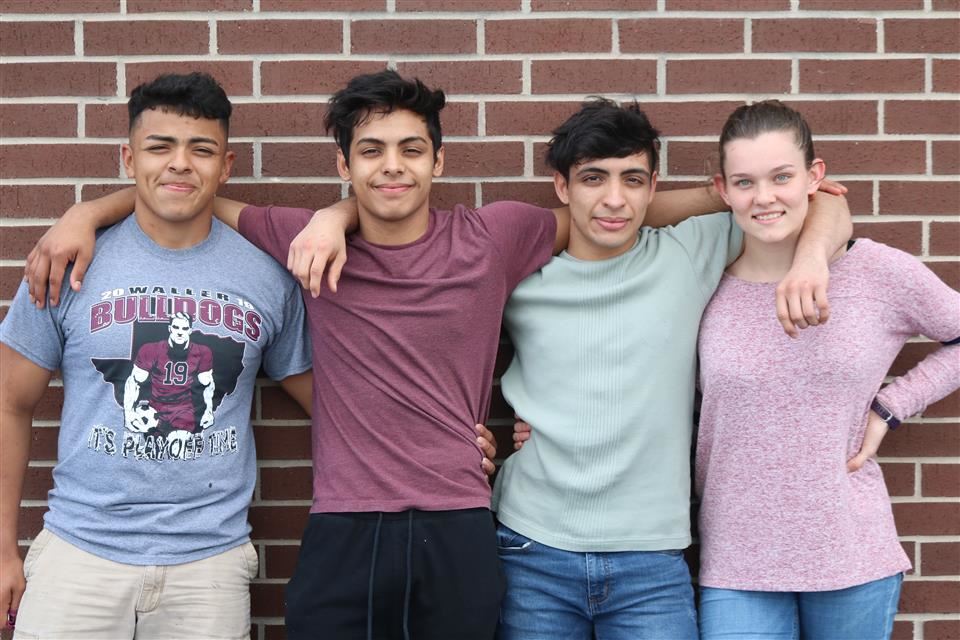 Waller High School (WHS) Wrestling continued their tradition of going to the State Tournament. After a tough season Hanna Roberts, Octavius Esquivel, Agustin Esquivel, and alternate Cristian Reyes secured spots at the state meet. This is the fourth year Roberts has qualified. O. Esquivel and Reyes also qualified in 2018 and A. Esquivel in 2018 as an alternate.

“Wrestling is a unique sport because District is a one-day event,” Wrestling Coach Evroy Thompson said. “You have to be at your best on that particular day so you can advance to Regionals, and then eventually State.”

WHS Wrestling prepared for the season by practicing three times a week. They held meets every Thursday, as well as participated in weekend tournaments. The majority of WHS team members wrestled over 30 matches to get ready for the District Tournament, where they competed against all 11-5A schools. They boys team won District Champions for the first time in WHS Wrestling history and the girls claimed District Champions for the third year in a row. Eleven boys and nine girls qualified to advance to the Region Tournament. At Region, WHS went against all 46 schools in Region 3-5A to qualify for State.

“I feel great about what the wrestlers have done this year. We were a young team in a lot of ways,” Thompson said. “The boys exceeded expectations by winning the District Championship. The girls impressed me even more because we had a lot of new wrestlers and they eventually pulled it all together by District to keep their streak alive.”