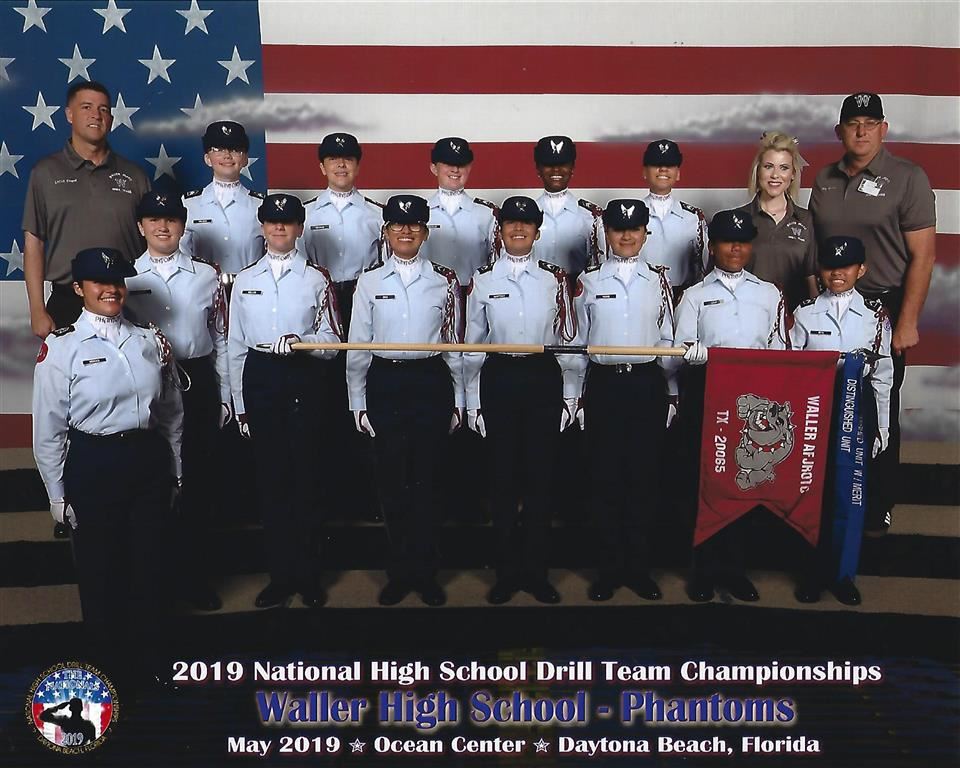 May 3-5, Waller High School (WHS) JROTC Drill Teams competed in the National High School Drill Team Championship in Daytona Beach, Florida. The WHS Drill Teams are made up of the all-girls Unarmed Phantoms Team and the boys Armed Warhawks Team. At Nationals, the teams compete in the Challenger Division and are judged in four events: inspection, regulation, color guard, and exhibition.

“I am so proud of what these teams were able to accomplish,” Master Sergeant Joel Barnett said. “They started in August and literally practiced every weekday and competed most weekends in preparation for this event.”

“This is easily the top highlight of my career as an instructor/teacher,” Lieutenant Colonel Byrl Engel said. “I have not been so proud of a couple teams since being in Iraq on active duty.” 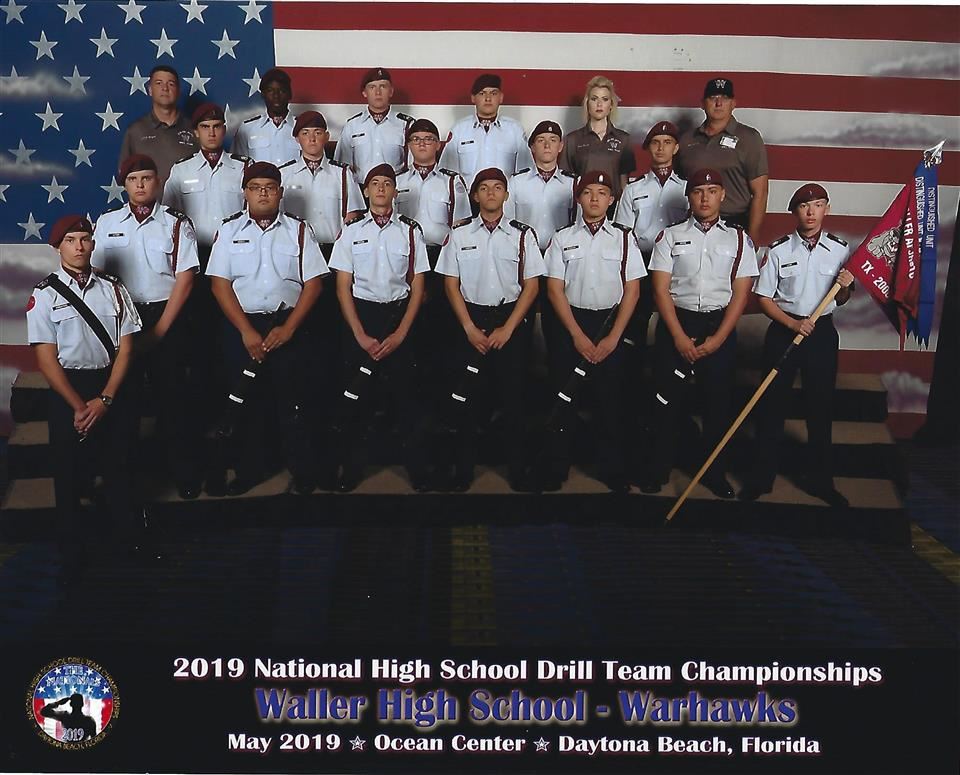 together throughout the year.

“It was great to see Cadet Wences and the seniors finally win the Championship. We felt that we had let it slip away a couple years ago, so it was great to finally see them win it all,” Master Sergeant Barnett said. “I can’t say enough about the Warhawks and their Flight Commander Robertson. He approached me in August and was very confident that he could have a team that could compete at the national level.”

Master Sergeant Barnett and Lieutenant Colonel Engel plan to continue to work with the drill teams and help them achieve excellence. Due to the teams’ outstanding performances they will be required to compete at the Master Level next year instead of the Challenge Level. The Master Level is exclusively for the finest Armed and Unarmed drill teams in the country.

“Our goal is to continue to stress hard work and dedication; not just for drill but how it positively impacts your focus in all walks of life,” Engel said.

“I have the same goal as always, take those who are willing to work hard and compete at the highest level,” Barnett said. “Watching them win trophies is always great but seeing the cadets grow into young adults is the most important part of my job. It's my hope that after they graduate they will look back on their JROTC experience and remember the lessons learned.”