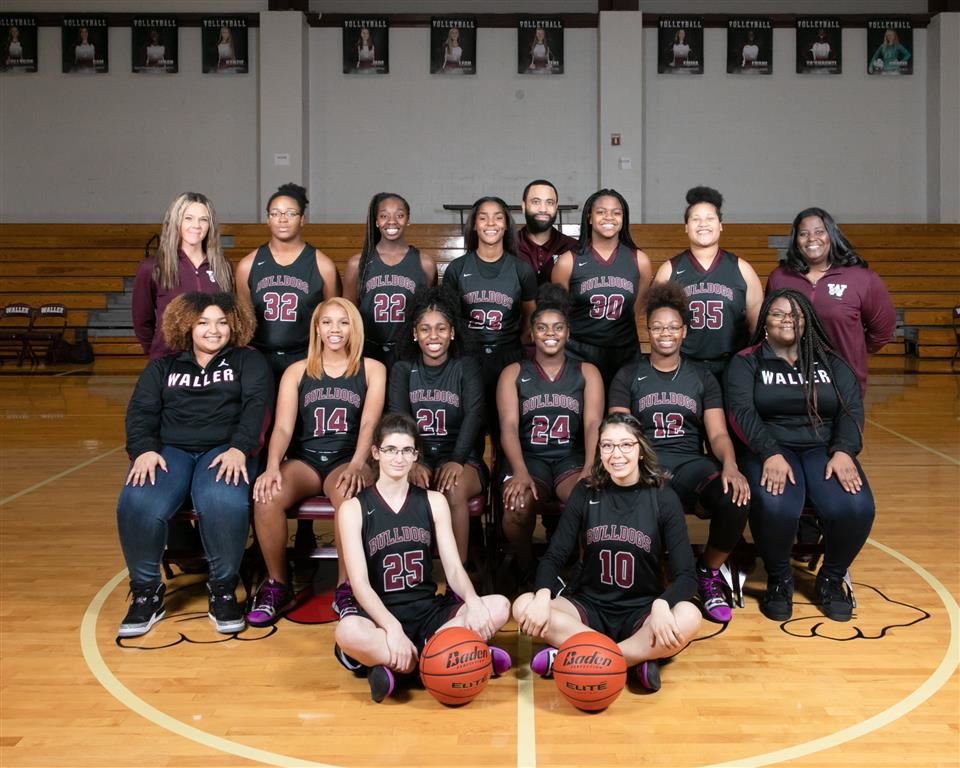 After a hard-fought season, the Waller High School (WHS) Lady Bulldog Basketball Team ended the season as bi-district champions with an overall record of 28-8, the best record posted in 30 years. They held a streak of 15 winning games in a row, captured Consolation at the Baytown Tournament, won the Navasota Tournament, and were first-time Champions of the Waller Hoopfest Tournament. They went on to beat A&M Consolidated for the last playoff spot and seized their first bi-district win against Huntsville. For the first time since moving up from Class 3A in 1990, the Lady Bulldog Basketball Team was ranked No. 10 in the state by the Texas Association of Basketball Coaches and Texas Girls’ Coaches Association.

“As a coach, I am abundantly proud and excited about the team's accomplishments, as well as their representation of themselves, our school, and our community,” Girls Head Basketball Coach NeKisha Durham said. “I believe that what we have accomplished this year, is the foundation for expected excellence, that we can continue to build on.”

The team began preparing for the season during the summer. They participated in the first Bulldog Champions Camp, a summer strength and conditioning program three days a week. For pre-season, the girls lift trained with Waller ISD Strength and Conditioning Coach Brian Ibanez three times a week. They played in a weekly fall league every Monday night against all 6A schools and in three pre-season tournaments. During the season, the team practiced every day they did not have a game, including Saturday, and also took the time to practice during holiday breaks. After all of their hard work, there was no surprise they accomplished so much this season.

“My goal for Lady Bulldog Basketball is to establish a culture where making the playoffs every season is the expectation and not the exception,” Durham said. “I am also grateful for the support that we have received from the students, faculty and staff, and community.”